An Update to the FCC Broadband Deployment Advisory Committee

Washington, D.C. (September 26, 2019) – The Federal Communications Commission (FCC) is tackling some big issues surrounding high-speed internet access in the U.S. with the help of its Broadband Deployment Advisory Committee (BDAC). Those include disaster response and recovery, broadband infrastructure deployment, job skills and training, and increasing broadband investment in low-income communities—each the title of a working group within the larger committee.

The Broadband Deployment Advisory Committee held its most recent meeting in Washington on Thursday, September 19, and FCC Commissioner Brendan Carr opened the day with a reminder of why the committee’s work is so important.

“As I’ve traveled around the country, I’ve had the chance to see firsthand the opportunity and the power that comes from having a broadband connection,” said Carr. “We are going to take your recommendations very seriously so we can continue to close the Digital Divide both in rural and urban America, making sure it’s affordable and accessible to all Americans.” 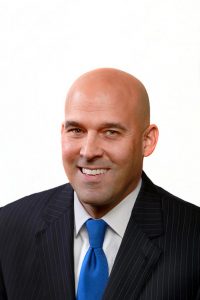 Connected Nation Chairman and CEO Tom Ferree is tasked with leading the working group focused on helping low-income communities as its chair.

“Connected Nation is very grateful for the opportunity to serve,” Ferree said. “When I think of how the work has been divvied up among all the groups in this committee, I can’t think of a better home for Connected Nation to express its mission and to contribute to the work than by helping to reach low-income communities. We’ve been working in this space for nearly two decades and that includes fashioning plans to help change lives by expanding access, adoption, and use of broadband.”

The working group has been asked to provide recommendations to the FCC on new ways to encourage deployment of high-speed broadband infrastructure and service to low-income communities. The group was further tasked with examining six specific areas:

“We went further and broke down those tasks into two major subgroups,” said Claude Aikin, Vice Chair of the Low-Income Working Group. “One that is focused on deployment and another one that is focused on adoption. Both subgroups will be tasked with recommendation actions, best practices, and identifying target areas.”

The deployment subgroup is looking specifically at barriers to deployment, among them, the role of income, infrastructure, and household density. In addition, it would look at identifying low-income areas, including the differences in urban and rural divides; and best practices, including a survey of former and current relevant state programs. Meanwhile, the adoption subgroup will, among other things, address key reasons that broadband adoption matters, such as healthcare, education, and employment; and barriers to adoption, such as cost, digital literacy, and access to reliable service.

“We also are focused on the importance of exploring these issues in both the urban and rural context and developing strategies that effectively meet the needs of different types of communities,” Ferree said.

Several members of BDAC responded strongly to the efforts of the low-income communities working group—sometimes emotionally.

“It should be foremost in our minds that we bring along every citizen and group as we work to increase broadband deployment,” said Kelly McGriff, Vice President and Deputy General Counsel, Uniti Group. “There are certain things that should not be acceptable in 21st century America. This is the United States of America… we need to lead in [broadband access.] We have a duty to bring along all of these groups.”

McGriff went on to say that the lack of access affects almost every aspect of American life—from public safety and education to banking and property values. Several members echoed his statement. Others suggested the low-income group focus some of the research regarding adoption and use of broadband on the needs of women and immigrants and address the challenges of cultural differences and language barriers.

“Our committee’s objective is to expand our thinking to future-proof those communities that are facing barriers so that we don’t get to some threshold and then have to revisit those inequities later,” Ferree explained. “We are looking to not only get on even footing now, but at how we minimize those gaps in the future as well.”

The working group plans to complete a first rough draft of its report on low-income communities before the next full BDAC meeting scheduled for early December.

EXTRA, EXTRA: The two other working groups—disaster response and recovery and the broadband infrastructure deployment jobs skills and training opportunities—provided updates to their efforts. You can see their updates and reports in the below video at 12:10 and 1:32:31. You can watch the full update from the low-income communities working group starting at 3:07:00.