By Chris McGovern, Manager of Research Development with Connected Nation

Tomorrow, Republican presidential candidates are going to be reaching out to potential voters at the Ames Straw Poll. While the Straw Poll (which has been called a cross between a “political convention and a county fair”) has been going on for over two decades, a portion of Iowans are using more high-tech ways to connect with their government officials.
According to research from Connect Iowa, 69% of Iowa Internet users (representing approximately 1.4 million Iowa adults) go online to use e-government applications. 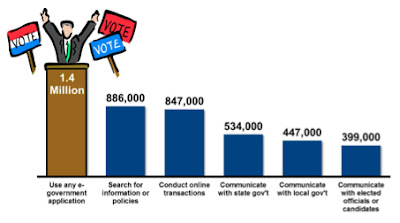 Will you be following the Straw Poll results online? Do you plan to use broadband to get involved in the upcoming election? How do you think the growth in mobile applications will impact the 2012 elections?